DPI (Deep Packet Inspection) is a technique that allows network administrators to see the content of packets sent in real time. This comprises the packet’s origin and destination addresses, as well as other necessary information to transfer it over the network.

INSPECTION LEVELS FOR PACKETS
DPI technology provides functions that were previously only available to a limited extent based on the level of packet analysis and are split into three types:’shallow’,’medium’, and ‘deep’ packet inspection.

SPI can read the session, presentation, and applications layers of a packet, but it can’t read the header of the packet, which contains the sender and recipients IP addresses. It can’t inspect the packet’s contents because it can’t look inside the payload.
MPI (Medium Packet Inspection) is a device that sits between end-user PCs and Internet service providers (ISPs). When a packet reaches the proxy, the header information is checked against their list, and the packet is examined against a parse-list that system administrators can quickly change. MPI devices are limited in their scalability, which limits their utility for ISPs.
Deep Packet Inspection (DPI) solutions are designed to allow network operators to determine the origin and content of each data packet that goes through the networking hubs. DPI devices have access to all content from a given IP address. Select HTTP (non-secure) traffic and record traffic to and from a certain mail server. For all transactions, DPI devices can determine the application that created the packet in real time.
SSL Certificates offer the benefit of encryption, which protects your personal information from prying eyes. However, because encrypted traffic might bypass your typical protections, there are risks involved with its use.

During an e-commerce session, for example, you could download a virus-infected file, or you could receive a phishing email with a seemingly harmless downloader file that, when run, initiates an encrypted session between client and server and instals malware onto your machine. Because these attacks use encrypted sessions, they may be able to sneak past your network’s security protections. Finally, the SSL certificate must be installed on the website in order to enable SSL Inspection, which can prevent hacking, phishing, and malware attacks, among other things. Here’s a link to an article that explains how the PayPal website was used in the attack.

CONCLUSION
DPI introduces intelligence into the network, allowing for the content of packets moving through the network to be monitored. Enabling I S Ps that employ DPI to monitor, accelerate or slow down information, block or filter it. 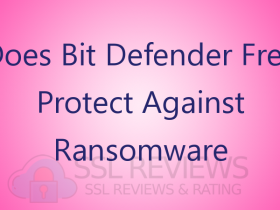