A lot of things are expected to change in the near future and it’s no wonder the security industry is going to be part of it too. In order to curb malware and bring those developers to law, an organization is working round the clock in forums where such information are exchanged. SSL certificates secure companies on a larger level but there are internal networks that create the backdoor entry feature, allowing hackers to download data and sell them in open. Such issues are being controlled by this company which actually acts as a hacker and gain access to deep web or dark web areas where such credentials are being sold.

The information will then be moved to the corporation which can choose to buy their services, hire them to monitor the sites for such sales, and also notify whenever a breach occurs. Similarly, new security measures are being implemented and it’s evident that security is going to change from what people saw till now.

SSL certificates primarily designed for mobiles are extremely imminent even though the PC version is much of the same. The technology and infrastructure on smartphones as well as tablets is definitely different when compared to computers. So, it is mandatory that security companies and developers come up with a new certificate method as well as encryption that is more designed for the mobile platform.

When mobile antivirus exists, consumers do demand the need for encryption solutions that will keep them safe when they buy stuff or get services with the click of a button on a different device. It is under consideration and if the browser forum approves after consulting with certificate authorities, it is sure to be approved and be seen as a common form of online security solution in the near future.

A slew of software kits is being distributed openly because consumers are tired of being under the control of a corporate. Open Source is becoming much more prevalent and these kits encourage people to build their own program as required. Not all requirements are the same because of which self-signed SSL certificates still exist in the industry. Corporate certificate authorities take care of infrastructure maintenance and other costs involved with maintaining the cert but individuals have to secure their own in self-signed. It is a different scenario in the software sector because whatever they create with the open kit will most probably be used at the user level and won’t be public to face privacy issues. 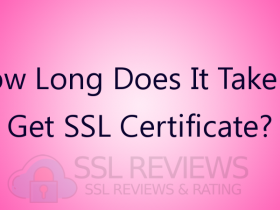 How to Mine Ethereum on Pc