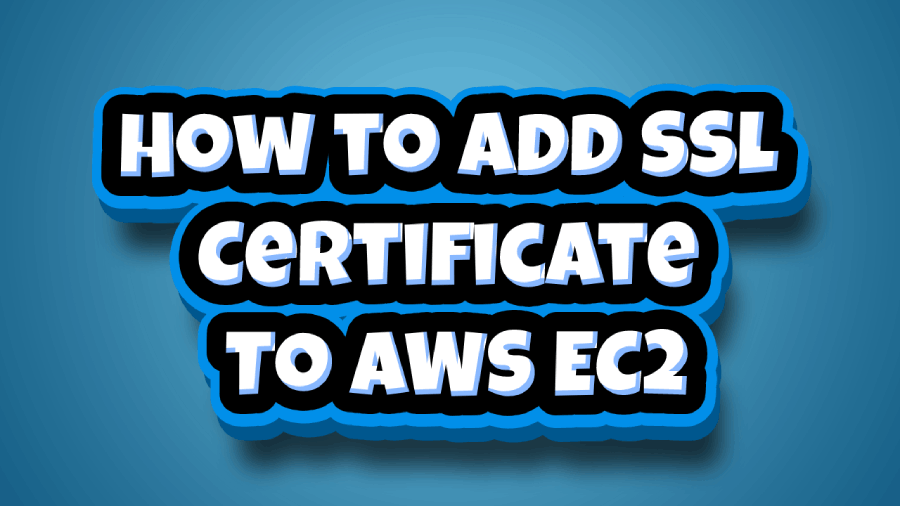 How to Add SSL Certificate To AWS EC2

The Best Ransomware Protection for Business for 2020

Ransomware attacks are one of the most dangerous malware scams business users could experience. After being locked out of your computer, a message appears on your screen asking for thousands of dollars in Bitcoin. This anonymous payment method is kept in a cryptocurrency wallet and sent to an unknown address. These messages often have a countdown clock, which adds to the stress of an already stressful situation. Small to medium-sized businesses (SMBs) could have valuable client information, financial accounts, or other priceless information stored in their systems and computers. If you don’t have a decryption code, your only option is to restore the computer from a backup. Paying the ransom fee will make you another victim of the ransomware epidemic that has been plaguing SMBs all over the world.

Ransomware or cryptoware is a type of malware that holds your files hostage in exchange for money. However, it is not the cyber equivalent to holding cash hostage. Ransomware is silently encrypted your files so you won’t be able to notice it when it first appears. Once it has encrypted enough data of your files, it will make itself known. It will first lock you out of your data using an encryption key that only the owner knows. Then, it will send you a message stating that it will give you the key if you pay up. You can’t access your data while you wait. Even if the ransom is paid, there’s no way to know if your data will be returned. The transaction is anonymous and the attacker can accept your payment but then ignore you. While getting your data back isn’t impossible to do without paying the ransom, it’s difficult, so it’s more likely you’ll be digging through your most recent cloud backups by the end of the day.

Here are some recent examples

Probably the most well-known ransomware threat was 2017’s WannaCry. Its signature move was to use a back door in Server Message Block (SMB), the Microsoft Windows file-sharing protocol. EternalBlue was its name; the exploit gained quite a lot of attention in the public eye because the Equation Group, a cyberespionage group with alleged ties to the US National Security Agency (“NSA”), was the source of EternalBlue. It would sneak in and do its dirty work spreading to other systems that were also vulnerable. This was not an issue with Windows 8 for a while as the exploit wasn’t working against Windows’ memory management. Some hackers have managed to port EternalBlue to all Windows versions, bringing back the threat.

SamSam, another ransomware variant, has also made headlines. CDOT, Colorado Department of Transportation stated that it was attacked by SamSam in February 2018. CDOT stated that the breach occurred not via an email or employee error but rather through a vulnerability in its system. Unfortunately, even though the CDOT was running up-to-date network security tools, SamSam had evolved enough to slip right past them. As network security has been a constant arms race between network security software developers and malware writers, this is likely to continue in the future. What works today may not work tomorrow when it comes to malware removal and protection.

Ransomware can infect you

Ransomware can be inserted into your system in many ways. EternalBlue is one such way. Bad actors rarely have to use sophisticated ransomware to gain access to your systems. Inadvertently, we often give access to other people. Social engineering, which uses human communication to gain access to information, is the best way to access and exploit a company’s networks. It doesn’t necessarily have to be in the form of a visit or even a call; it can also remain completely digital.

Hackers can gain control of an intermediary email account by hacking their email service or simply by gaining access to the password. This is a common scenario. Once they have the account under their control, hackers can send carefully crafted emails to the contact list of that person. These emails don’t include clumsy queries about account credentials but instead contain links to infected material. This is an example of a common email: “Check out this clip, it’s funny” is one. You might find a video clip at another end of the link, but ransomware will be part of the data.

Other risk factors include disgruntled workers, official-looking emails from partners, phantom government agents, and in-person visitors leaving behind infected CDs and thumb drives. While not every case can be prevented, a fair amount of problems can be avoided by simply following a few SMB security best practices.

There are a variety of countermeasures that you can take depending on the ransomware attack. A ransomware attack that isn’t handled properly can cause serious damage to any company. Companies may decide to cut off their internet connection and then reinstall each client’s operating system, software programs, and data from a secure backup. You can also download a tool to address a ransomware threat and remove it from your system.

However, the odds of finding the right tool to remove ransomware after it has been activated are not good. It can be as costly and disruptive as the ransomware attack itself. You may need to shut down your business and then reinstall everything. You should still make backups of your data. The cloud makes this even easier.

The best defense against ransomware doesn’t come down to reacting to it once it’s gone off. It’s about working to prevent it from infecting you. This is what this roundup of 10 tools aims to help you do. Even better, many of these contenders don’t need to be purchased separately since they’re new add-ons to existing endpoint protection products your business is likely already using.

These packages were tested for their ransomware protection abilities. I took into account many factors when testing them. First, I looked at how the product dealt with known threats. This is usually consistent with the best performance. Next, I tested whether the product could detect if you were entering information on a phishing site. This is one of the most popular ransomware attack vectors. Active attacks are rarely isolated incidents. Phishing and spear-phishing attempts (that is, targeted information gathering) can sometimes appear legitimate. Protecting your network requires that your users can verify whether the information they provide is legitimate.

Next, I tested how resistant the system was to exploits. This means any technical weaknesses that could be used to compromise a computer system and gain privileged privileges. This was done in three stages, with each stage adding a layer of encryption and obscurity. An elevated privilege level can give you access to uninstall an antivirus application and leave the system undefended. It’s possible to hide from a system, extract data or even install ransomware using a combination of technical and social engineering. Even more frightening is the fact that many of these processes can be automated and scaled.

Finally, I looked for ransomware-specific functions. Ransomware protection apps will often journal files and try to detect any suspicious changes. In most cases, machine learning (ML) is used in this process since many apps encrypt data but most of the time these are not malicious. To test this functionality, I used both KnowBe4’s ransomware simulator Ransom and a live copy of WannaCry on an isolated network for safety. The payload was then detected and processed. Also, I checked if encryption had occurred and validated if files could be rolled back.

Ransomware can be dangerous, but it is easily avoided. You can prevent most of the ways your network could be infected by putting it through regular security scans, penetration tests, and training your staff. These 10 ransomware protection products for businesses can be used to protect your network until the end.